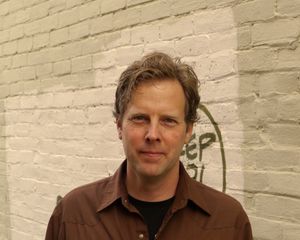 Hello.  I am Paul and I play and write songs under the name Low Country Hill. My self-titled debut album was recorded by Dave King at his Barn Window Studio near Hamilton, ON in 2014. I worked with musical friends and family as well as seasoned luminaries Pat Sansone (Wilco) and Bill Dillon (Peter Gabriel, Joni Mitchell) to make my first record. The collaborative effort led to Low Country Hill receiving a 2015 Hamilton Music Awards nomination and favourable reviews for a hard-to-put-a-finger-on writing and production style. One reviewer suggested that Low Country Hill "evoke(s) comparisons to such stalwarts as Hey Rosetta and Bon Iver, but yet really does not sound particularly like either. The tracks stand on their own as testaments to superlative songwriting and an album produced to showcase haunting, beautiful music (Floor Shime Zipper Boots).”

Two years of touring across Ontario and other parts of Canada followed the release of my first record. It was a  time of learning about performance, adaptability, craft beer and the kindness of strangers. My travels took me down logging roads in Chapleau, Ontario, through traffic jams on the Lionsgate Bridge in Vancouver (Will I get to the gig on time?!) and down county roads in eastern Ontario - all for the joy of sharing the music in intimate spaces with music lovers. I was lucky enough to perform on the shores of Lake Superior, in multiple house concerts in small town eastern Ontario and in really cool urban venues like Le Cajibi in Montreal. When the stars aligned, a gifted crew of musicians joined me on stage, including Dave King or Adam Warner (Jill Barber) on drums, Mark McIntyre (Danny Michel) on bass and Jimmy Hayes III (Harlan Pepper) on pedal steel and electric guitar. The album launch show on November 08, 2014 at The Casbah in Hamilton and a July 2015 appearance at The Cameron House in Toronto come to mind as joyful moments in making music as a collective.

I took most of the fall of 2016 to burrow in my basement studio to write songs for a new record. At times, the inner confidence/doubt seesaw pestered the artistic process. But no matter where I found myself on the pendulum at any given time, I listened to the wise counsel of artist friends who urged me to "just do the work.” The result is a five-song EP called Guesthouse, recorded on the east mountain in Hamilton between May and July of this year. Dave King returned as producer and drummer while musical wizard Paul Linklater (Bidini Band, Colleen and Paul) played bass and electric guitar for the project. I feel blessed and lucky to have the gentle-giant footprints of these creative, kindred spirits in my new work.